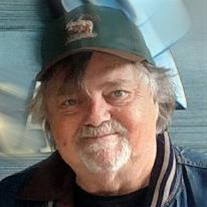 Obituary of Edward Jay Whetmore, Ph.D. Edward Jay Whetmore was born April 24, 1946 to Phyllis Joann Whetmore (née Armstrong) and James Edward Whetmore, a band leader who went on to be a California State Senator from Orange County. Edd learned to be loving from his mom and tough from his pioneer grandmother Zora Armstrong. At the leading edge of the baby boom, Edd always loved media and communications. As a youth he drew comics, wrote poetry, had an amateur radio set and wrote stories that he would read at the back of the school bus while all the kids gathered around. Edd was a man with a Ph.D., but no high school diploma, having boot-strapped himself up through junior college. He received his Bachelor’s and Master’s degrees from Cal State Fullerton and his Ph.D. from University of Oregon. In the early 70’s his love of music lead him to DJ at “free form” rock FM stations KYMS and KPPC in Southern California. He still has a wall of albums and sound-check tapes from that period. In the late 80’s his love of movies lead him to try his hand at being a screenwriter. While, Hollywood being Hollywood, none of his scripts were actually produced, one was “optioned,” and he did spend some time screenwriting for a soap opera and then as a “script doctor” for Beverly Hills 90210. That time also produced a wonderful popular book From Script to Screen (with Linda Seger) about all the steps required in making a movie. But Edd found a vocation and a passion in teaching, starting as a teaching assistant at Troy High School, Fullerton Junior College and Cal State Fullerton and becoming a professor at Lewis and Clark College, University of Hawaii at Manoa, University of San Francisco, Cal State Long Beach and Cal State Dominguez Hills. Edd was an inspirational teacher who truly brought the material alive. Many of his former students still remain close friends even back to the earliest days at Troy. An early follower of Marshall McLuhan, Edd taught various aspects of media including communications, journalism, radio, television, advertising, screen-writing, media law and even the first class in the country on Star Trek. He wrote a number of books and scholarly articles including Mediamerica, Mediaworld, The Magic Medium, An Introduction to Radio in America and American Electric: Introduction to Telecommunications and Electronic Media. Edd did a stint in administration as the Acting Dean of Undergraduate Studies, with the basic portfolio of helping the students, which is what he always tried to do anyway, but soon he returned to his love of teaching. Edd formally retired from Cal State Dominguez Hills in 2012, but taught one term a year on an emeritus basis until June 2016. He was honored with a retirement reception in November 2016. Courtesy of a trip to France, Edd became a lover of fine wines and food and was a noted cook. Edd was a gambler by nature and made a long study of blackjack, poker, horse racing and sports betting, especially in association with baseball. He was a lifelong Dodgers fan from their days in Brooklyn, courtesy of his mother and listening to the voice of Vin Scully calling games on an old radio. Edd loved going down to Arizona for Spring Training. He also became an avid poker player, and even played professionally for a time. Edd was firmly in the spiritual but not religious camp, but was strongly influenced by the teachings of Zen Buddhism, especially non-violence. In the Vietnam era he started going by Edd instead of Edward because, as he said, as a personal act of protest he took “war” out of his name. Later in life, Edd became a fan of the works of Eckhart Tolle, Deepak Chopra and Ken Wilber, and embraced “Integral Spirituality” – essentially the idea that all views and religions which embrace peace and love hold merit. Edd had many iconic living places, in the Haight-Ashbury in the late 60’s and a very different Haight-Ashbury in the early 80’s, an old converted bicycle shop in Fullerton, a place up in Silverado Canyon, a beach house in Hawaii and a condo on the peninsula in the Belmont Shores area of Long Beach. One of his great joys was that in retirement, he and his wife Annie were able to get the home in the woods he always wanted outside of Placerville, California near Pollock Pines. They call it “Shady Grove” and share it with their three cats, numerous squirrels, deer and other wildlife. In the family tradition of lavishly celebrating decade birthdays, many family, friends, colleagues and former students gathered there for a ten course meal in honor of his 70th birthday. Edd passed from this life on December 9, 2016 in Placerville, California at peace with himself and the world. He was pre-deceased by both his parents and his sister Pat. He is survived by his wife and the great love of his life, Elizabeth Ann (“Annie”) Whetmore, his brother Vince Fratello, sister Karen Borchardt, sister-in-law Karen Fleshman, nieces Carol Ingram and Fallon Fleshman, nephews Jason Radburn, Craig Borchardt and Jay Fleshman, step-children and their spouses Michael and Kyna Wilson, Ami and Dusty Reid, Robert Wilson and Jason Wilson, great-nephews and -niece Isaac, Owen, and Ember, and grandchildren Bruce, Max, Alex and Ellie, much extended family, friends beyond counting and thousands of students whose lives he influenced. As we were able to honor him while he was still alive, there will be no formal memorial service. In lieu of flowers, please donate to your favorite charity or better yet, volunteer. Edd much loved liberal causes and epitomized the definition of a liberal as someone who feels people matter more than money. He left us much too soon and is already greatly missed. We will not see his like again in this life.

The family of Edward Jay Whetmore created this Life Tributes page to make it easy to share your memories.